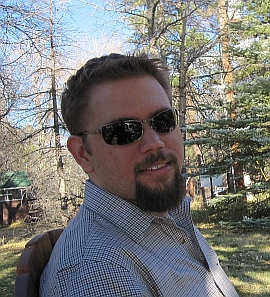 Jeff Baker is a graduate of Arizona State University’s MFA program and earned his BA from the University of Florida. He has published stories in various literary journals; worked as a prose editor for Hayden’s Ferry Review; written scripts and developed environments for online video games; co-wrote crude, independent film shorts about souls and whiffle ball; and once worked as a ghost writer on a novel about heroic cheese mongers in space, but left the project due to creative differences.

Jeff has been teaching for ten years and he has taught creative writing and other English courses for Glendale, Estrella Mountain, and ASU. He is a lover of novels and flash fiction, a student and admirer of creative nonfiction and poetry, a dabbler in stage and screenplays, a backseat driver, only partially organized, an Aquarius, a proponent of long and complicated lists, and a believer that reading can make a person a better writer.

When he grows up, he would like to be an astronaut.