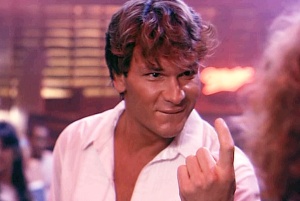 There’s this scene you’ve been working on: Jack walks into a room. Diane’s already there. She’s drinking a mimosa and reading a travel guide for a place you haven’t decided on yet–maybe Barbados, maybe Detroit. Jack crosses the room. He tries to sit with her, but you forgot to include a chair, so he’s now hovering in an improvised yoga pose. Diane’s not even at a table, so when she releases the mimosa, it falls to the floor and shatters. This confuses the library staff because you’re not allowed to have mimosas in the library. Jack doesn’t even like to read, so he’s surprised to find himself in a library. He says, “When did I get to a library?” This echoes in the endless expanse of the void. When a librarian tells Diane about the no-mimosa rule, Diane says, “No dessert for me, thanks,” and then asks for the check. You suddenly remember that they’re at a tiki bar, but now the librarian feels overdressed. When the librarian tries to return to the Library Call Center, he trips over a bear rug on the floor and falls into a big pit—you know, like the one from the movie 300. Jack tries to reach out and help him, but the librarian seems miles away now. Diane leaves a tip on the floor and escapes, somehow, but you don’t remember there being any doors in the room. Maybe she climbs out a window or a skylight. Jack cries, lives the rest of his life alone, gets eaten by a lion floating in the void.

Sound familiar? No? Read more. It’s good for you, puts hair on your chest. Regardless, the point (there is one) is that place is often an underdeveloped and untapped resource in scene development. Where a conversation takes place can have just as much an impact on a scene as what your characters say. How your characters move, position themselves within that space, negotiate obstacles (bear rugs, bottomless pits, lions, etc.) can also flesh out the scene and present a more dynamic and engaging narrative. The Dancing in the Dark workshop will explore and discuss these concepts, Patrick Swayze, whether or not you can (in fact) put Baby in a corner, and The Boss.

This will be the first Saturday Workshop of the academic year, so we hope to see bright, happy, creative faces before Finals and The Nothing consume Fantasia, making everybody sad.